A snapshot of global trends, challenges and drivers of success in Research & Development (R&D)

A recent publication by Battelle provides a global overview and forecast of R&D spending as well as related challenges and drivers of success.

What follows is a summary of key messages (text and figures), extracted from the Battelle report (2014 Global R&D Funding Forecast): 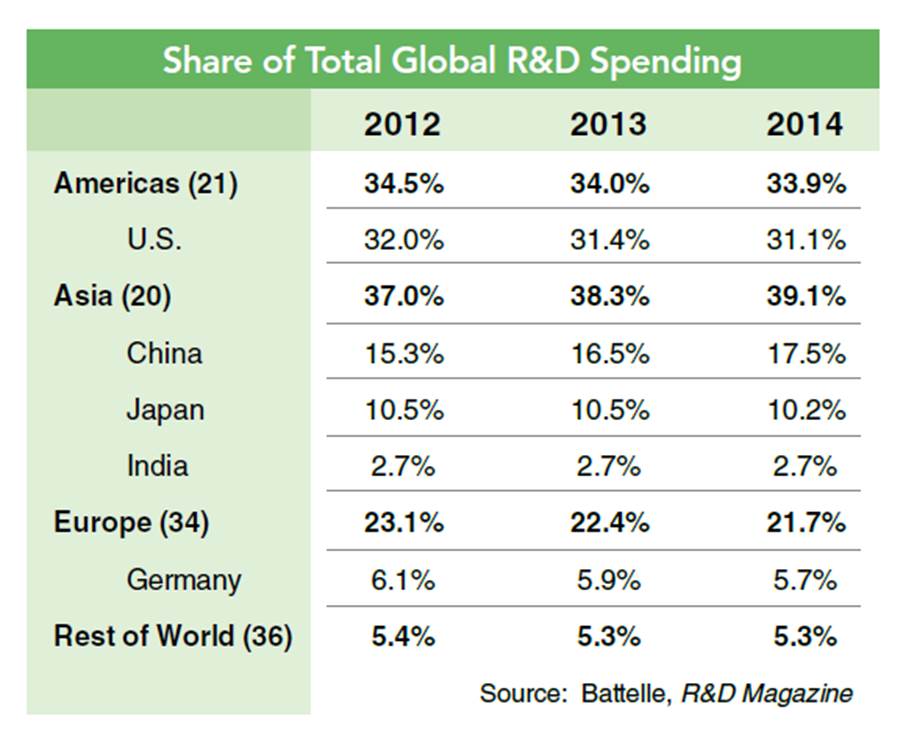 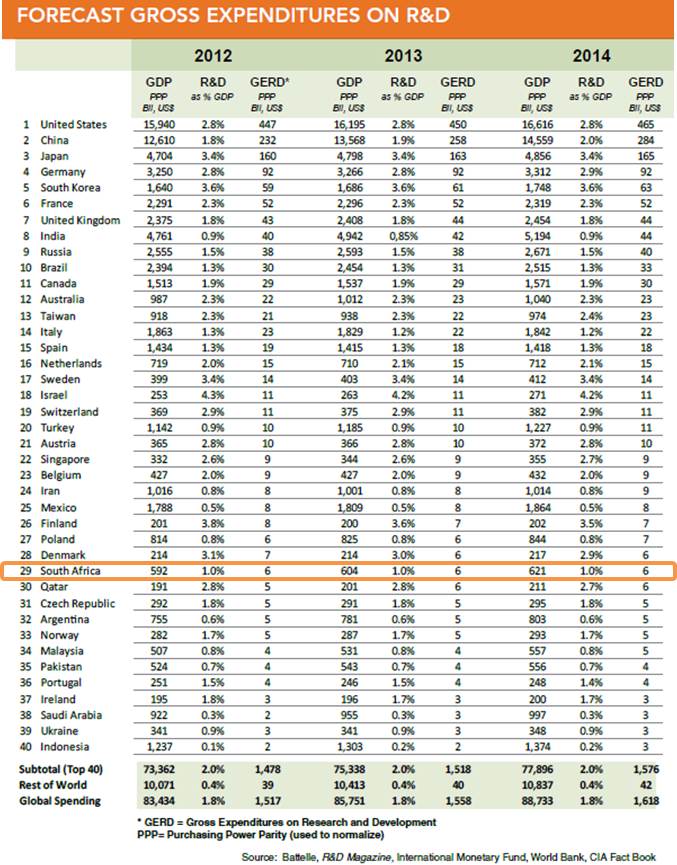 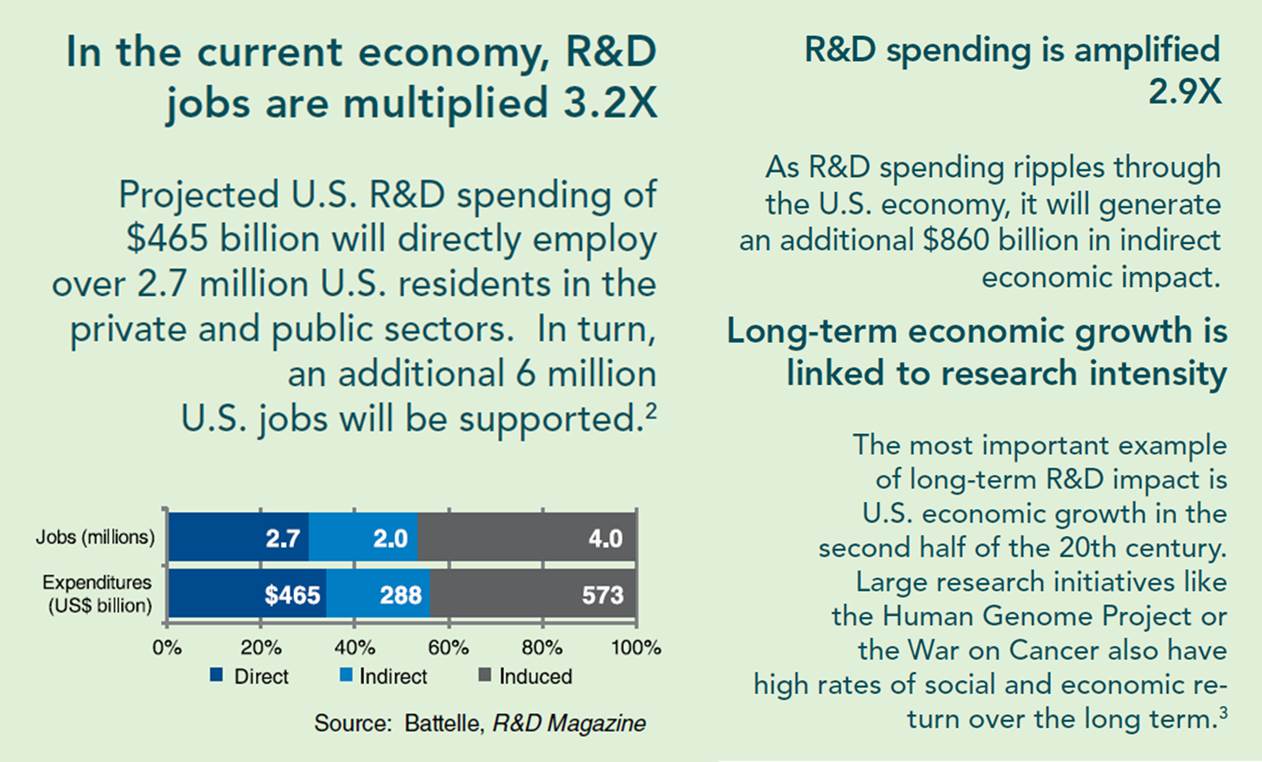 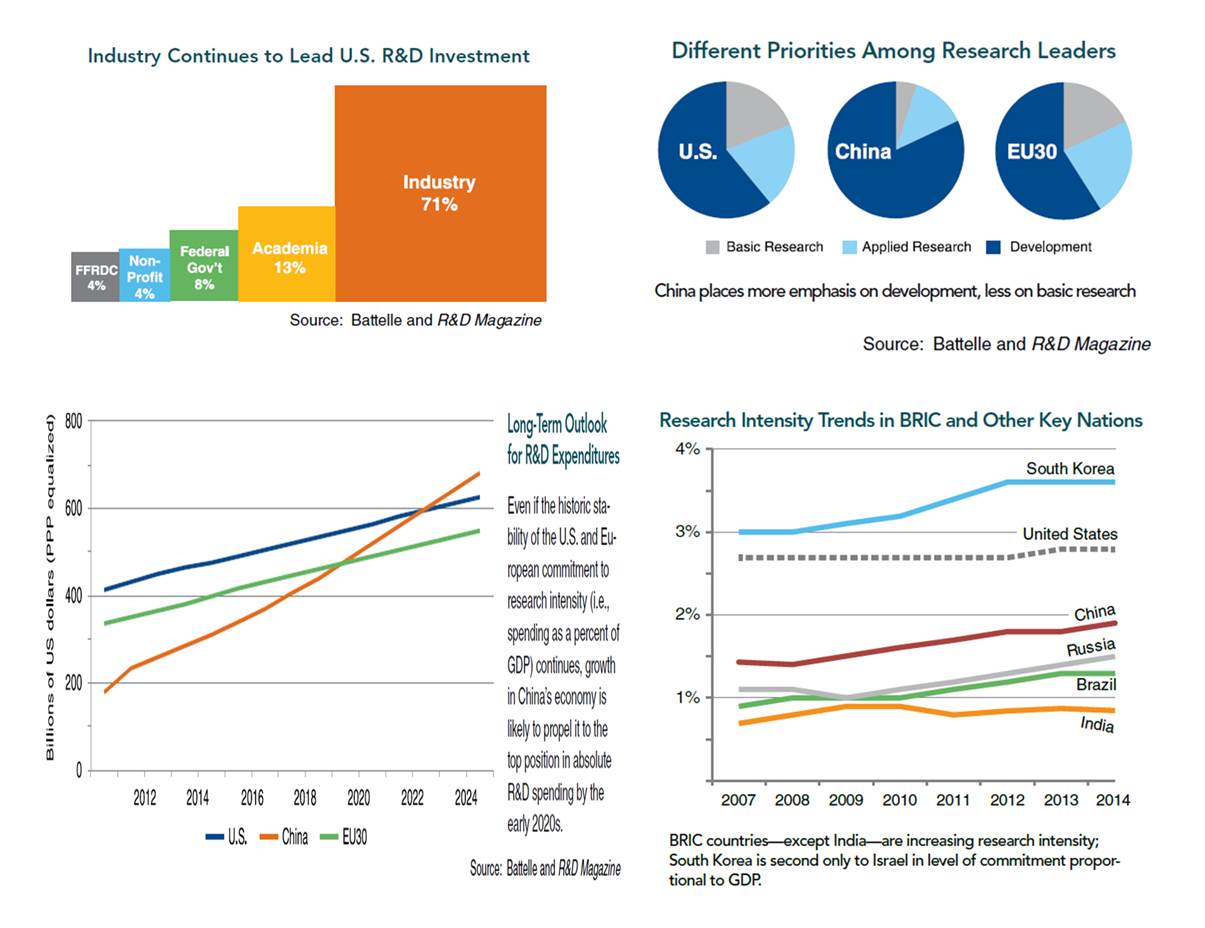 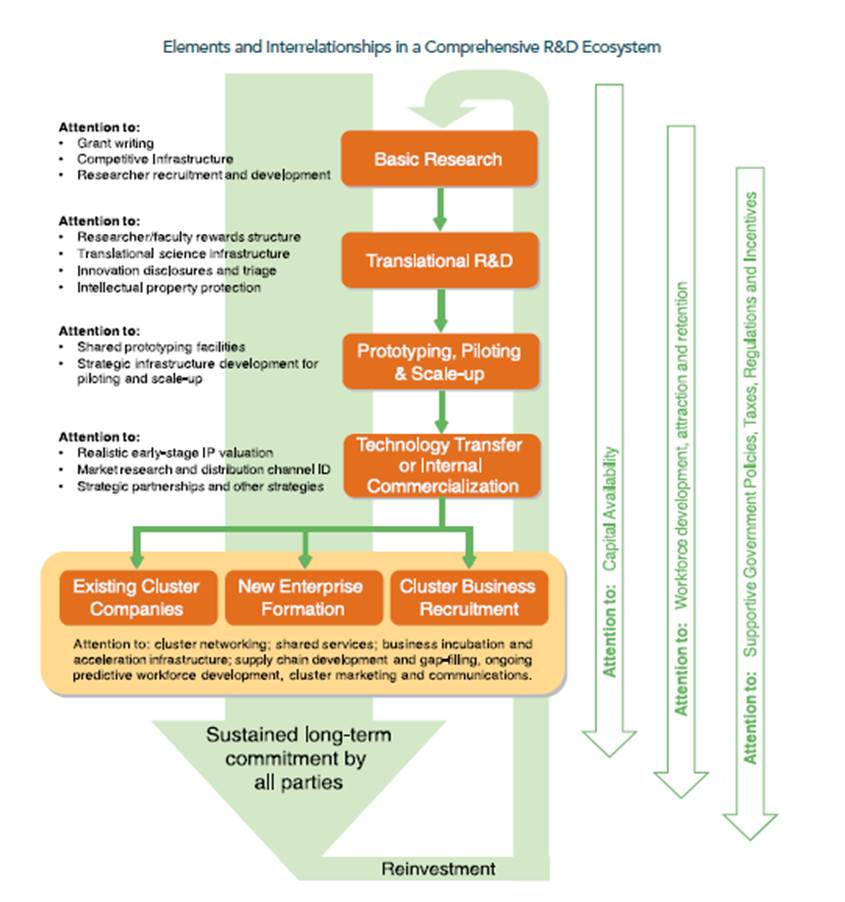