The Centre for Proteomic & Genomic Research (CPGR) today announced the results of its Core Lab Competition, launched in August 2018, with Whitehead Scientific and Illumina.

The program allowed researchers to compete for USD 10,000 in prize money, sponsored by Illumina in the form of reagents and consumables. Applications were open from the end of September to the middle of October.

The results reveal a strong and diverse interest in Genomics applications among the South African scientific community: 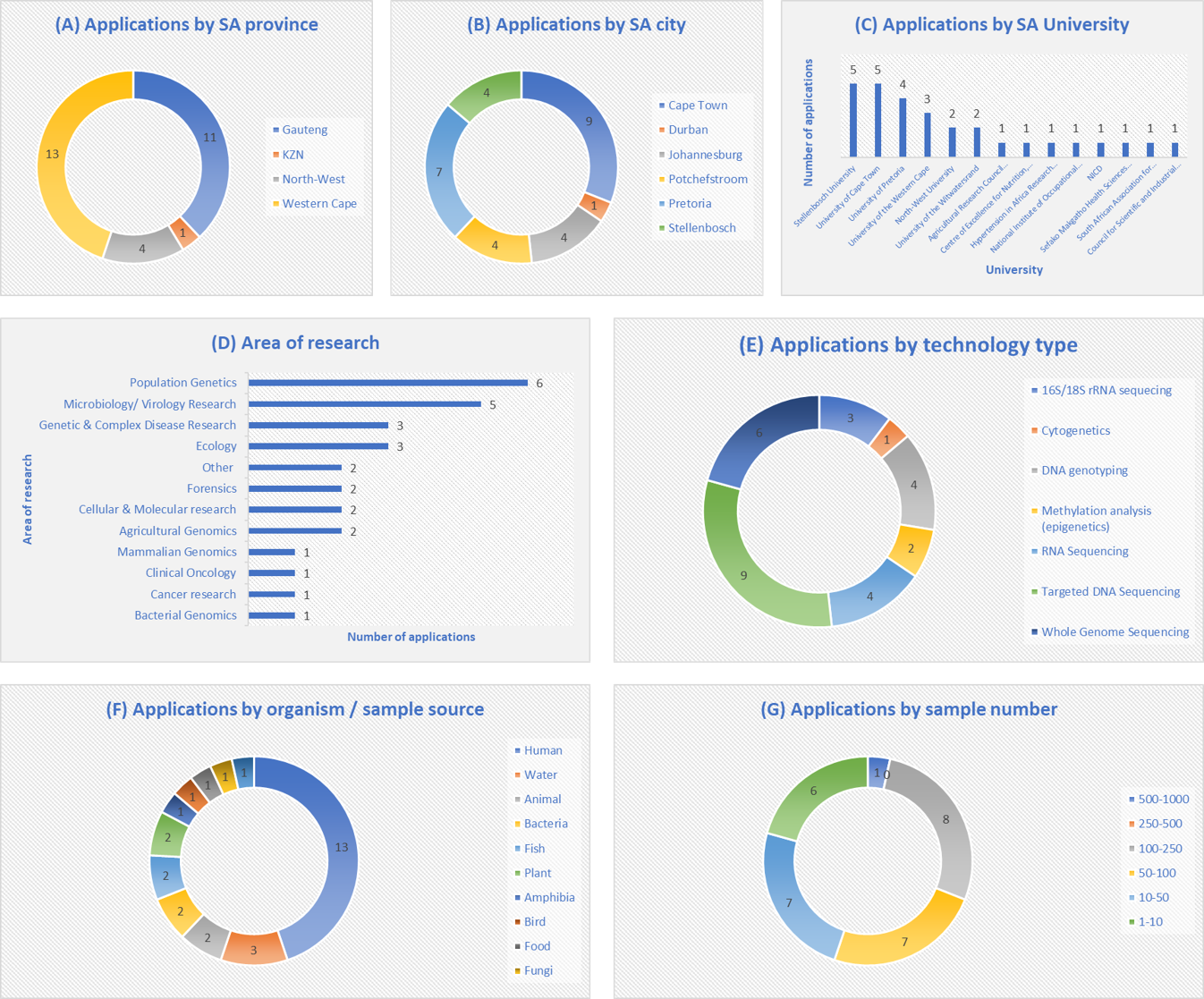 Following a thorough assessment, considering the above highlighted criteria, the following projects were selected:

The first-place project will receive the USD 10,000 price and an opportunity to work with the CPGR at no cost.

The second and third placed projects will be offered up to a 25% and 15% discount respectively, off the total project budget, pending a detailed project design and planning session.

In addition, the CPGR will engage all participants in the competition with an aim to offer discounted rates, on a case-by-case basis, following detailed project discussions, and on the premise that projects will register with the CPGR before end of March 2019.